Gold Was Found in the Mountains of Montana 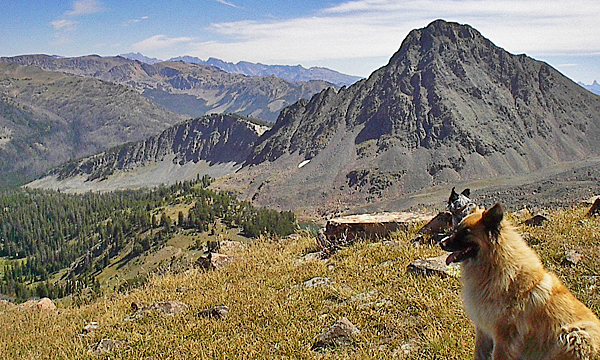 There’s “gold in them thar’ hills” caused a rush of prospectors to head into the Upper Boulder Valley hoping to strike it rich.  At the peak of the gold rush in 1892-1893 over 500 men were in or near the mining town of Independence located in the high elevations of the Absaroka-Beartooth wilderness 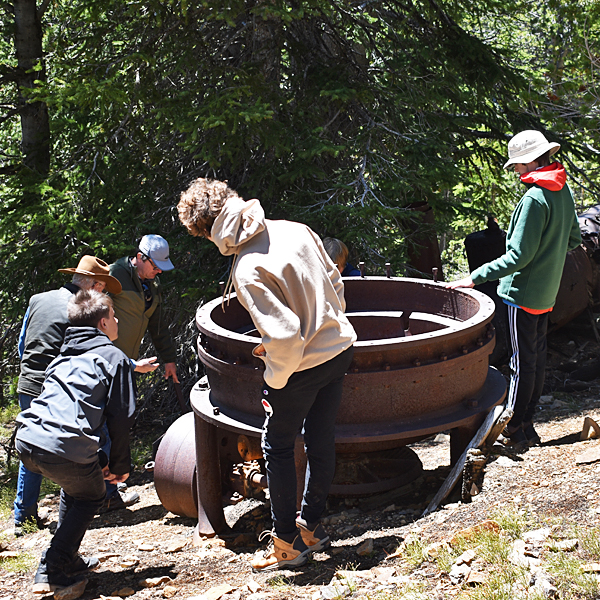 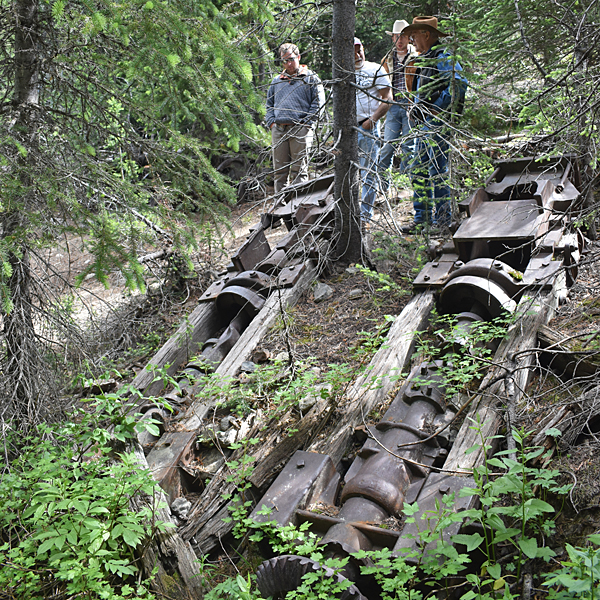 As early as 1882 huge stamp mills, steam engines, and other heavy equipment were hauled up the primitive Boulder Road by mule trains.  What a back-breaking strenuous trip this had to be for both man and beast! 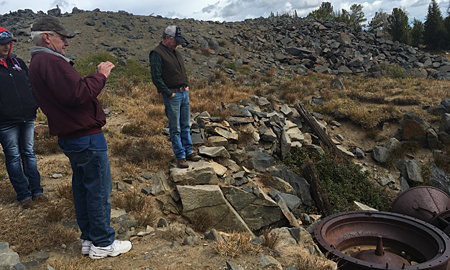 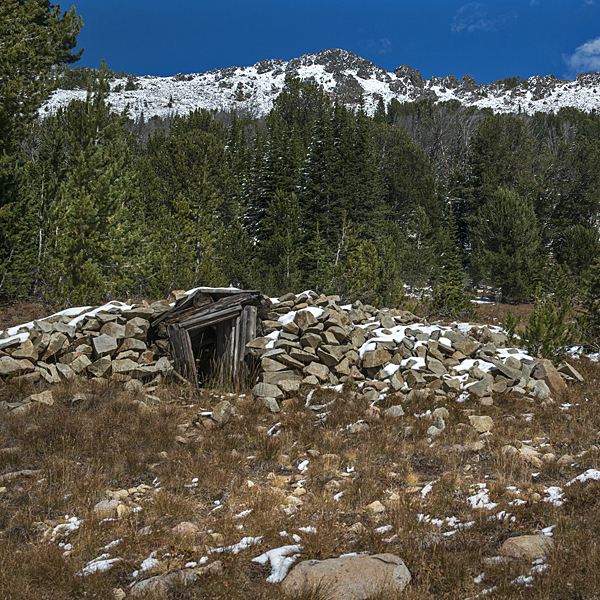 Some mining was done by digging and sorting rock close to the surface.  Other methods were to burrow into the size of the hill creating a mine shaft.  Some of the rocks were crushed as the mining site using large tubs with ball bearings. 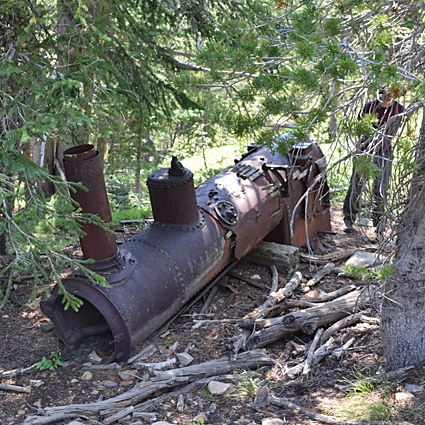 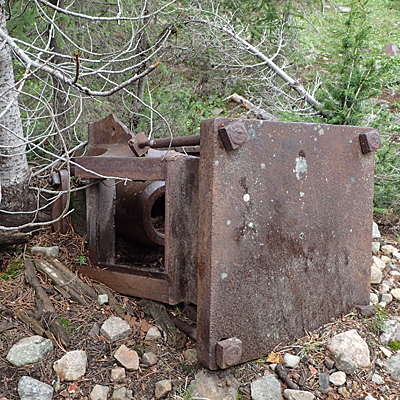 Most of the ore was hauled by horse-drawn wagons from mine sites to the stamp mills where the rocks were crushed. Runaways, as you can imagine when looking at the steep mountainsides, were very common.  One way miners prevented runaways was to hitch horses to the BACK of wagons to help “brake” the heavy loads.  The Independence mine, however, developed a unique way to get ore down the mountain.  It had a 1,000 foot long tramway to “chute” the blasted ore from an upper tunnel.  Remnants of the tramway’s lumber supports are visible today. 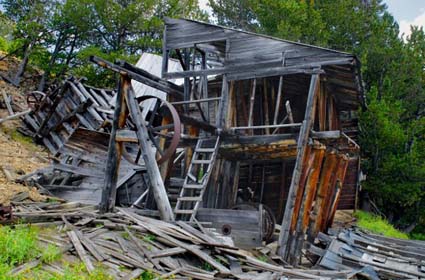 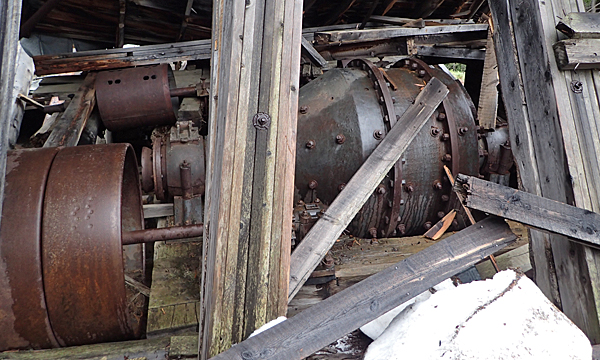 Independence's last year of prosperity was 1893.  As quickly as the boom began, it ended.  The site of the former boom town now consists of a few collapsed and rotting cabins, partially used woodpiles, and rock piled on the surface.  When prospectors moved on in the late 1890's to find riches elsewhere, the valuable big metal machines were left behind.

Each week our Hawley Mountain Guest Ranch visitors are able to see these rusted pieces of machinery and get a feel for the times when prospectors roamed the regaion in hopes of finding riches of gold and silver.  Independence and the mining sites around it are truly a ghost town area!