A Montana GHOST OF YESTERYEAR

If the Montana ghost town of Independence could talk, what amazing stories it could tell!  Independence’s town site doesn’t look like much today, but this area which is about 12 miles farther up the Boulder Road from Hawley Mountain Guest Ranch is rich in history and hidden beauty. 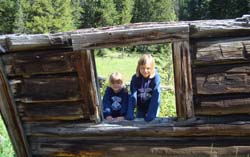 Beginning around 1870 determined prospectors began flocking to the Upper Boulder region when very promising deposits of gold and silver quartz were discovered.  Joe Keeney staked the first claims at Independence, and his wife was the first woman to give birth there. The grand gold rush hit this mountain area in 1891.  In 1892 the population of Independence was estimated to be between 400-500 men and a handful of women.  They were a very hardy bunch of people to endure the fierce climate conditions year round at a 10,000 feet elevation.

The town of Independence consisted of a main street with four blocks of lots.  Businesses and structures included the two general stores, four saloons, a restaurant, hotel, blacksmith shop, stable, stamp mill for ore, two gambling halls, a post office, and a “house of ill repute”(which was the only structure not made of logs).  Independence never had a school, church, meat market, or bank.  A telephone wire was stretched from Big Timber, Montana, and a tri-weekly stage carried supplies, mail, and supplies to and from Big Timber.  The trip usually took twelve hours one way!  Pictured is what remains of the Independence Post Office. 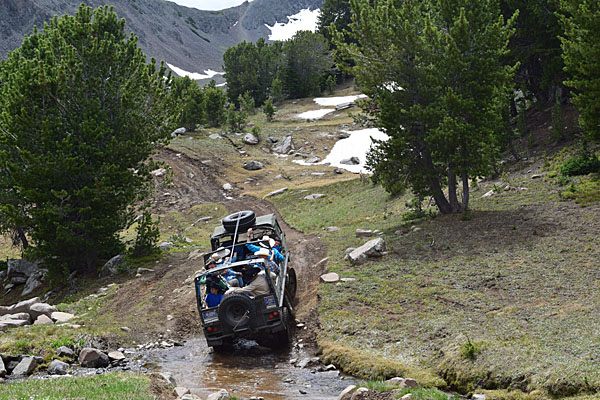 Our guests take the bumpy ride up the Boulder Road and then onto the primitive road to get a feel for what life must have been like for these hardy souls in the mining camps.  Independence’s last year of prosperity was 1893, but mining continued into the early 1900’s.  Some 500 people moved on to new opportunities to “strike it rich”, leaving only a few determined souls.  The site of the former boomtown now consists of a few collapsed and rotted cabins and big rusted pieces of machinery.  Independence is truly a ghost town!